Third Window Films have just remastered and rereleased this Tsukamoto Shinya classic, a clear precursor to David Fincher’s Fight Club, on Blu-ray; so here is my old review for Movie Gazette 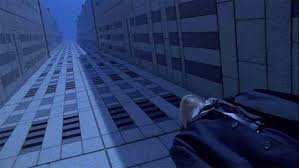 Japanese auteur Tsukamoto Shinya has a consistency of vision that borders on fixation, ensuring that any of his films are instantly recognisable as his own – but at the same time he operates in a virtual cocoon from the influence of other filmmakers, so that his highly intense and idiosyncratic oeuvre is like no-one else’s. Whether he shoots in black and white or with hallucinatory colour filters, he depicts the extremes of human experience in a disorienting and dreamlike manner, and although he works in a broad range of genres – science fiction and cyberpunk in Tetsuo: the Iron Man and Tetsuo 2: Body Hammer, horror in Hiruko the Goblin, period melodrama in Gemini, and the erotic thriller in A Snake of June – he is always concerned with the same recurrent themes: physical transformation and the transgression of personal identity, the (often violent) unleashing of repressed anger and desire, and the sadomasochistic power relations between men and women.

Tokyo Fist is no exception. Wimpish, dull salaryman Tsuda (played by Tsukamoto himself, who also wrote, directed, produced, lit and edited the film, as well as designing its distinctive look) is engaged to the independent-minded Hizuru (Fujii Kaori), and wants her to become a conventional housewife. At about the same time that Tsuda starts experiencing headaches and tiredness – and seeing dead cats rotting in the street (not unlike the rabbit carcass in Polanski’s Repulsion) – he runs into an old school acquaintance, Kojima (played significantly by Tsukamoto’s brother Koji), who is apparently his opposite in every way – a coarse, muscle-bound pro-boxer. After Kojima gives Tsuda a bloody beating and persuades Hizuru to move in with him, the insanely jealous Tsuda begins to undergo a Charles Atlas style metamorphosis, obsessively training at Kojima’s gym for the ultimate rematch. Meanwhile Kojima, for all his demonic fury as a fighter, is like a terrified puppydog before Hizuru, who is herself undergoing a transformation by desecrating her own body with metal rings and rods. They are all, it seems, grotesquely replaying the parts from a primal scene that connected Tsuda and Kojima in school, and which Tsuda has been beating himself up over ever since…

At heart Tokyo Fist is, just like Testsuo: the Iron Man, Gemini and A Snake of June, a bizarre love triangle in which one of the two male rivals may perhaps exist merely in the imagination of the other. The queasy camerawork, frenetic editing, and driving industrial soundtrack (by regular Tsukamoto collaborator Ishikawa Chu) keep things moving apace, and the geysers of blood in the fight scenes are every bit as punishing (if far more hyperbolic) as anything in that other great boxing film, Raging Bull – but this is as much a film about psychological breakdown and alienation in an unforgiving city, and the pounding conflicts which it portrays may all be just the nightmares of a damaged brain. For Tokyo Fist is punching in a similar weight to Fight Club (which it has clearly influenced), but is far more enigmatic, ambiguous and unresolved.

Stunning to look at, Tokyo Fist sets the visceral and the intellectual against one another in a boxing ring of the mind, leaving viewers with the sort of dazed confusion that normally only a rough blow to the head can create. Genius!

Summary Like boxing itself, this film may leave you feeling dazed, headsore, and even scarred for life – but rarely has there been so singularly strange a collision of fist and brain.