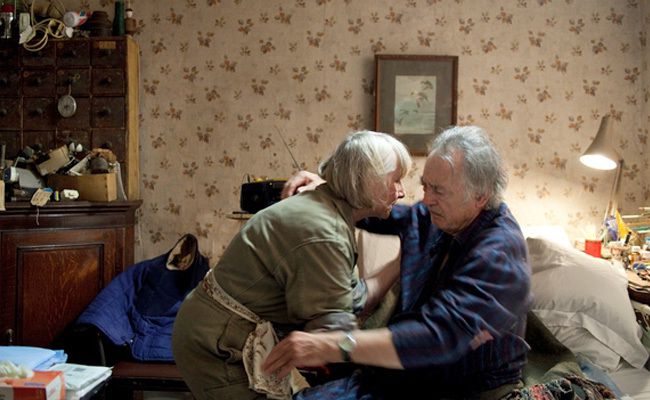 During the 1930s, there were more cinemas per head of population in Glasgow than anywhere else in the world — and so it is that whenever Glasgow celebrates carefully curated films from around the globe, it is also celebrating itself and its own long, proud tradition of cinephilia. Really the Glasgow Film Festival is just an intrinsic part of the local cultural landscape: in bringing the rest of the world’s cinema home, Glasgow is merely feeding on what has long been its natural diet.

This is why it makes perfect sense that, alongside the Gala programmes, Australian strands and Bergman retrospectives, alongside the paeans to geekery and genre, there should also be so much of Glasgow itself on the festival slate. Film-focused walking tours of the city, a new exhibition of local film memorabilia at the Mitchell Library, a special screening of Gillies MacKinnon’s nostalgic Glasgow-set film from 1996, Small Faces, even a ceilidh accompanied by archival footage of the city’s historic cinemas — all these interweave into the fabric of the city’s film festival the very heart and soul of Glasgow itself.

Here cinema and the city are indivisible, each inscribed on the other — and as it happens, even as the festival kept becoming a part of Glasgow’s own story, autobiography (whether real or fictive) formed a recurrent motif in several of the films that I caught during my brief but happy stay there.

“I’m alone here. All alone… I’m filming myself, you know. No-one is left here.” These disembodied words come from the young camera operator (voiced by Józef Pawlowski) in Jan Komasa’s Warsaw Uprising — and they expressly merge his own (unseen) identity with what we actually can see, the desolate ruins of wartorn Warsaw, making this elegiac city symphony also an autobiography of sorts.

The irony is that while all the footage derives from genuine newsreels filmed in Warsaw during the 1944 uprising, here painstakingly colourised and filled with reconstructed sound and even dialogue (based on meticulous lipreadings) to look as though it were war footage shot with more modern cameras, the ‘I’ who claims to be filming himself is a fiction imposed on this upgraded reality, his words and rather hackneyed backstory invented to lend a sort of narrative shape to all the chaotic rushes on screen. It might perhaps have been better to leave this extraordinary assemblage of real found footage to speak for itself – but that cameraman’s commentary on his own acts of image-making and eyewitness also helps viewers relate to material otherwise removed, spatially and temporally, from their own lives and biographies.

The ironically titled My Life Directed by Nicolas Winding Refn is a behind-the-scenes documentary on the Thailand-based production of Refn’s Only God Forgives (2013), but it is shot by Refn’s wife, Liv Corfixen, as a sort of home (away from home) movie, focused far less on Refn’s shoot than on her own at times difficult domestic life with a husband who is also a full-time filmmaker and a demanding neurotic depressive.

Even as we see Refn struggling with the pressures of mainstream success brought by his previous film Drive (2011), and trying to work out the character dynamics of his latest film’s male protagonist (played by Ryan Gosling), we also see Corfixen wondering what her precise role is both within their family and as a documentary director without full access to her subject, whether at work or at home. If the film begins (more or less) with Refn visiting renowned cult filmmaker Alejandro Jodorowsky for a tarot reading on the future of Only God Forgives, it ends with Corfixen seeking from Jodorowsky a prognosis on her marriage – and so, by the close, we realise that we have been watching two very different but intimately related lives and the tensions that exist between them.

“Wouldn’t it be better to name the character after you?” author Móri (Þorstein Bachmann) is asked by his literary agent of his latest novel manuscript, Life in a Fishbowl – and yet the middle-aged alcoholic, for whom Móri is just a pen name anyway, insists, “The way I see it, the person who lived it isn’t the person who wrote it.” Baldvin Zophoníasson’s ensemble drama Life in a Fishbowl (aka Vonarstræti) follows Móri and two other characters seeking, perhaps vainly, to distance themselves from their pasts: single mother and part-time prostitute Eik (Hera Hilmar), whose family legacy comes horrifically tangled; and ex-footballer Sölvi (Thor Kristjansson), slowly abandoning his moral compass to the world of high finance. As these three lost souls cross paths in different configurations, we see a subtly drawn portrait of Iceland burdened by a troubled history of incestuous sagas and financial crises.

Most of Radiator, my favourite film of the festival, is confined to the messy, mouse-infested interiors of a cottage in the Lake District where ageing, ailing, impossible Leonard (Richard Johnson) and his worried wife Maria (Gemma Jones) are visited by their middle-aged son David (co-writer Daniel Cerqueira). Yet there is a scene, about two-thirds of the way through the film, where Daniel, in London conversing about his family situation during a French lesson, suddenly and for the first time breaks down in tears. Much as Daniel’s long-repressed personal feelings can emerge only from a distance through the medium of a foreign tongue, this whole film might be regarded as an oblique, mediated expression of director and co-writer Tom Browne’s feelings about his own family.

After all, its story is broadly autobiographical, albeit dramatised (“slightly disappointingly”, he reported in the post-film Q&A, “the happier moments are fictional”) and its key location is the very cottage in which Browne’s own parents had lived. The results are a painful if understated study of frayed relations and crippling mortality, where often the beauty of the cinematography and the subtlety of the performances offer the only available refuge from the stifling dysfunction within. Still, Radiator is so very well crafted that you will be happy to remain a guest for the duration, while the Glasgow Film Festival itself offers the warmest kind of hospitality.

One thought on “Glasgow & I: Autobiography at the Glasgow Film Festival 2015”